Alan Garcia, the country’s president, visited devastated areas on Thursday and sent condolences to the families of the victims.

The rescue of a man from the rubble of a collapsed church brought some hope to rescuers in the town of Pisco.

Carlos Cordova Gomez, chief of Peru’s voluntary firefighters, who worked under flood-lights to dig through the church ruins alongside police, soldiers and other volunteers, said: “This is virtually a miracle, hopefully we can find more”.

Felipe Aguilar, director of army rescue efforts in the town, said: “For the time being we’re going to keep on looking for bodies. For us, this is the priority right now, because we’ve already pulled one person out alive.”

The country announced it would hold three days of mourning for those who died. 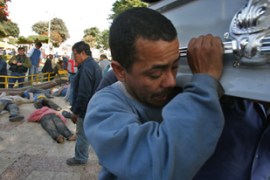 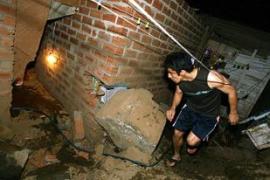