More than 500 animals have been culled since the first case was detected in Surrey, southwest of London.
Tests to determine if the latest farm – the fourth so far – has infected cattle are expected to take about 24 hours.
Debby Reynolds, Britain’s chief veterinary officer, on Friday emphasised that there were only “mild clinical signs of infection”.
“This is a developing disease situation,” she said.
“The containment and eradication of foot and mouth disease remains our priority. This is why we have moved swiftly to put in place a temporary control zone while we investigate this development.”
Safety alert
Added Reynolds: “I reiterate my message to animal keepers to practise the highest standards of bio-security, remain vigilant for disease
and report any suspicions quickly.”

Britain has voluntarily suspended exports of livestock, meat and milk products – an industry with an annual meat export worth over $1bn.

Several countries including the US have also banned imports of British livestock, and the European Union is not expected to review its ban at least until August 23.
In 2001, the foot and mouth disease devastated Britain’s agriculture and rural tourism industries when seven million animals were killed and incinerated on pyres.
Britain’s health and safety agency said there was a “strong probability” the outbreak originated at the Pirbright laboratory southwest of London and was spread by human movement.
The laboratory houses both a government animal health research centre and a private company that makes vaccines.
The foot-and-mouth virus is airborne and can be carried on the vehicles and clothes of people who come into contact with infected animals.
Source : News Agencies 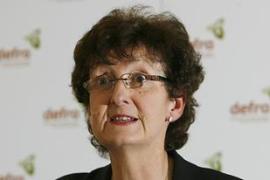 Move comes despite slaughter of livestock on third farm suspected of foot-and-mouth. 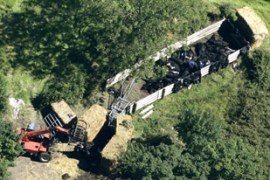 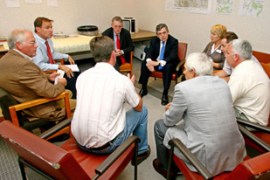