The plunge came after the Dow Jones industrial average fell 387.18, or 2.83 per cent, to 13,270.68 in New York on Thursday after a French bank announced it was freezing funds that invested in US subprime mortgages, deepening fears of a credit crunch.

Before Thursday, the S&P had its best three-day winning streak in nearly five years. But the latest pullback was the biggest point drop and percentage loss for both the Dow and the S&P since a market decline on February 27.

Amid Friday’s decline, the Bank of Japan said it had injected $8.4bn into money markets to curb rises in a key overnight interest rate.

The injection followed similar moves by its European and US counterparts overnight.

The European Central Bank provided more than $130bn to money markets, the bank’s biggest infusion ever. 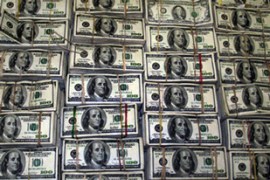