The service was not restored even after Bangladesh’s independence from Pakistan in 1971.

EA Ahamed, leader of the Indian officials on Sunday’s trial train service, said: “We are very hopeful for success of this service if launched. The attitude of the people here is very friendly.”
Bangladesh will soon send a train to Kolkata on a similar trial run, before finalising the service, he said. Security, immigration and customs arrangements crucial for such a cross-border service are to be drawn up at a two-day meeting between the countries’ officials this week.
Touhid Hossain, Bangladesh’s chief foreign ministry administrator, said: “Both countries would benefit if the service could be launched and run successfully.”
There are separate direct bus services linking Dhaka with Kolkata and Agartala, capital of India’s north-eastern Tripura state.
Officials said nearly 3,000 people from the two countries legally travel across the borders daily.
Source : News Agencies 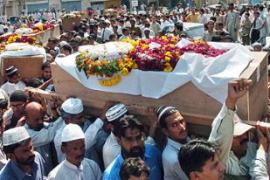 Police spread across northern India to hunt for suspects behind deadly train bombing. 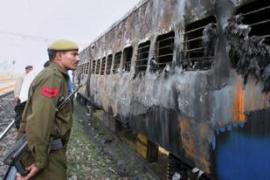 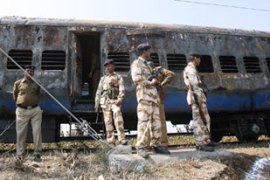