Iraq and joint-hosts Thailand played out a 1-1 draw in a highly entertaining opening match of the 14th AFC Asian Cup at the Rajamangala National Stadium in Bangkok on Saturday.

The Group A match was mostly played in light rain after torrential downpours earlier in Bangkok delayed the opening ceremony.

Sutee Suksomkit put Thailand ahead from the spot after Korean referee Kwon Jong-Chul awarded a dubious penalty when veteran Kiatisuk ‘Zico’ Senamuang received a shove in the back from Iraq defender Ali Rehema in the sixth minute.

Kiatisuk appeared to go down easily, but replays suggested referee Kwon played it by the book and a penalty was indeed a fair call.

Sutee took a clinical penalty kick, sending Iraq keeper Noor Sabri the wrong way and tucking his shot into the bottom left hand corner to send the football-mad home crowd into a frenzy.

The goal spurred the more fancied Iraqis into action, with star forward Younis Mahmoud making a good run into the box before slipping the ball into the path of Hawar Mohammed to his left.

Hawar looked to pull the trigger, but a flying Nataporn Phanrit came across late to snatch the ball off the Iraqi’s boot before he could shoot at goal.

Iraqi defender Jassim Gholam then had a great chance to equalise when he was left unmarked at the back post for a free header that went inches over the bar, while midfielder Salih Sadir had no hesitation in shooting as he unleashed four attempts in a ten minute period.

Thai keeper Kosin Hathairatanakul then made a succession of great saves, none better than from a stunning over-head kick from Salih from close range in the 15th minute.

Iraqi captain Younis was in everything for his side, and it was fitting that the skipper should score the equaliser with a deft header in the 32nd minute.

That man Salih floated a free kick into the box, with Younis using his strength and height to muscle between two Thai defenders and head over advancing keeper Kosin to make it 1-1.

With the match back on even terms Iraq seemed to sit back ever so slightly before the break which allowed the Thais some much needed possession in their attacking half.

Just before the break Sutee sprinted away and unleashed an excellent shot which Sabri fended away to safety.

Thailand put the pressure on early in the first half with Therdsak Chaiman smashing a long range shot over the bar in the 56th minute.

The home side looked to be finishing the match much stronger, and when Nirut Surasiang sent in a neat cross Sabri needed to be at his best to stop the danger.

Thai substitution Teerathep Winothai almost stole a late win with his first touch when he smashed a shot at Sabri from the right after a corner bounced his way, but all the late pressure amounted to nothing with a draw a fair result in the end.

Thailand now play Oman on July 12, while Iraq take on Australia on July 13 at the Rajamangala stadium.

Oman and Australia begin their Asian Cup campaigns on Sunday. 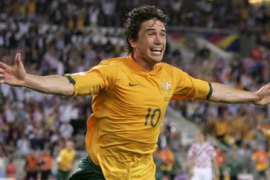 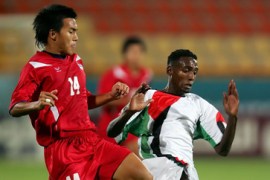 Thailand look to take the next step

After conquering Southeast Asia, Thailand now set their sights on the Asian Cup. 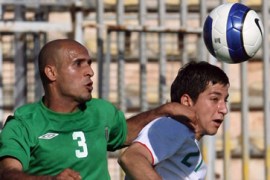 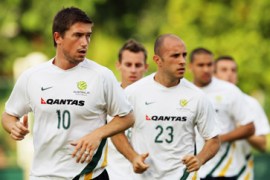