Brazil manufactures generic versions of several drugs that were in production before the country enacted an intellectual property law in 1997 to join the World Trade Organisation.
In a pricing dispute over another Aids drug, Brazil in May bypassed the patent on efavirenz held by Merck to manufacture or buy generic versions.

In that case, Luiz Inacio Lula da Silva, the Brazilian president, issued a “compulsory license,” a legal mechanism that allows a country to manufacture or buy generic versions of patented drugs while paying the patent holder only a small royalty.

The country was seeking to purchase the drug at $0.65 per pill, the same price Thailand pays.

Abbott previously said it would reduce the price of the drug in 45 “low and low-middle income countries,” such as Brazil. 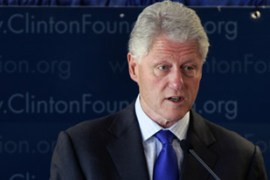