It is also does not permit him to suspend articles of the Basic Law, as he did last month to spare Salam Fayyad, the new prime minister, the need to win a vote in parliament, they told Reuters news agency.

Abbas’s office had no immediate comment on the lawyers’ remark but a spokesman for his Fatah party said at the weekend that the president’s word was law as long as Hamas had paralysed parliament.

Jamal Nazzal, Fatah spokesman, was quoted on Palestine Radio saying the Basic Law does not limit how often the president can declare a state of emergency, so it can be extended “as long as the mutiny which brought that situation about continues.”

Azmi Shuaibi, who sat on a parliamentary committee on the Basic Law, defended Abbas’s power to suspend articles.

He said Article 113, which stipulates that the legislature “shall not be dissolved or suspended during the emergency situation, nor shall the provisions of this chapter be suspended,” meant he “can suspend articles in other chapters”.

Al-Qasem disagreed, cautioning against making “such wild implication … particularly where the implication could easily lead to dictatorship – the system that the Basic Law was intended, in all its provisions, to guard against”.

“They are obviously looking for the slimmest argument to build a mountain on and dry the ocean. They are destroying the foundation on which the Basic Law is laid,” he told Reuters.

“What is clear is that … the Haniya government, doesn’t fall during the period of an emergency,” Cotran told Reuters.

The Basic Law has no specific provisions for an “emergency” government, Al-Qasem added.

Al-Qasem and Cotran made their comments in a series of telephone and email exchanges with the Reuters news agency over the past week.

Ahmad Elkhaldi, a law professor who worked on drafts of the Basic Law, said he was concerned Palestinian democracy was “in retreat”.

A political independent who angered some in Fatah by serving as justice minister in Haniya’s first cabinet, Elkhaldi was briefly abducted by armed men loyal to Fatah last month.

“They wanted to send me a message that ‘you have to stop speaking about who is right and who is wrong’,” Elkhaldi said at Nablus’s al-Najah University.

“We have to work inside the restrictions of the Basic Law, not put the Basic Law aside and do whatever we want.” 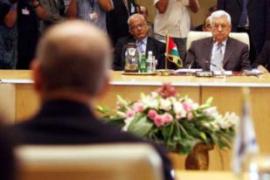 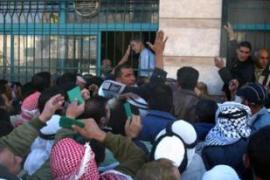 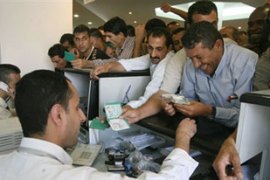 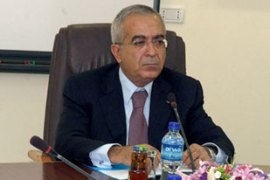