The attacks caused the biggest peacetime loss of life in Britain since the Second World War.
Beverli Rhodes, 46, was on one of the trains when a bomb exploded. She was thrown against a metal pole and suffered brain damage. She says she’s still haunted by the bombings.
“I [still] won’t go on the underground,” she said.
“It’s amazing that it was two years ago,” John Salding, 63, whose girlfriend was amongst those killed, said.
“My memories are all so fresh.”
Source: News Agencies

Muhammad Siddique Khan, 30, said in English in a tape aired on Aljazeera on Thursday he and thousands of others were committed to defending Islam against violence by democratically elected governments. 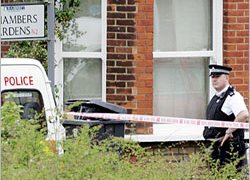 Police have arrested four men, reportedly including one of the suspected bombers in last week’s botched attempt to blow up three London Underground trains and a double-decker bus. 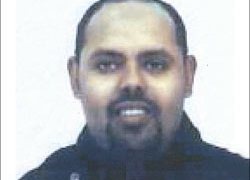 British police have defended a policy of shooting to kill suspected bombers after shooting dead a Brazilian electrician by mistake in the hunt for London’s bombers.