Overall violence is also down, with the Iraqi police saying the number of civilian deaths decreased by 36 per cent, from an estimated high of 1,900 in May to 1,342 in June.

General David Petraeus, the US commander in Iraq, had this explanation: “The sheikhs and the tribes and the leaders have banded together and made a decision to oppose al-Qaeda and that has resulted in a substantially improved security situation.”

Despite what appears to be at least a temporary let-up in both military and civilian deaths, many say there will be no security without a stable Iraqi government.

And critics say it is too early to call the “surge” a success and the verdict will not come until September, when US field commanders report to congress.

Al Jazeera’s military analyst, Josh Rushing, said: “You don’t know if the enemy is in some kind of tactical retreat or if they’re just regrouping in another area right now and the numbers may go up again in September.

“Right now the Iraqi government is in such disarray and they’re about to take the entire month of August off it almost doesn’t matter if the US gains stability on the ground or not in terms of the political objectives – the requirement for success in Iraq.”

As of Sunday, at least 3,648 US soldiers have died since the beginning of the Iraq war in March 2003, according to an Associated Press count. 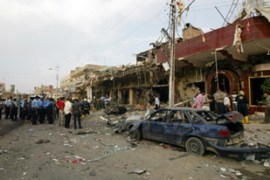 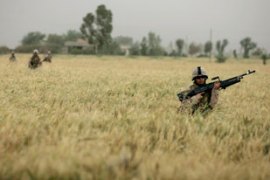 US general against Iraq withdrawal

Senior commander against pull out before Iraqi forces can operate independently. 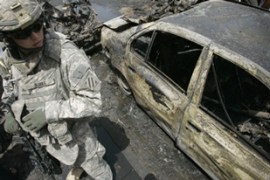