Bhutto, who controls Pakistan’s most liberal political party, the Pakistan People’s party and is in self-imposed exile in London, has allegedly refused to agree to support Musharraf unless he resigns from the military, Geo television reported, citing unnamed sources.

Hyder reported that Pakistanis do not want a government decided by Musharraf as he has become unpopular, but nor do they want Benazir Bhutto “because she is not in a position to stem the wave of anger in this country”.

“A lot of people will also tell you the president’s troubles are of his own making.

“They are also questioning as to the role of a military general in a parliamentary democracy. They are saying the military should go back to the barracks and hand over power to the real representatives of the people.”

Bhutto served as prime minister twice in the 1980s and 1990s, but fled the country to avoid corruption charges after her second government collapsed.

Talks between envoys for the two leaders have been reported for months. A face-to-face meeting between the two could indicate the sides are close to a deal.

Musharraf has kept a low profile since the supreme court ended his bid to fire its chief judge, Iftikhar Muhammad Chaudhry, which has been seen as a major setback to his plans to seal a new five-year presidential term in the autumn.

The government is seen as failing in its handling of the Red Mosque siege, which killed at least 102 people. The collapse of a security deal with tribal elders on the Afghan border to contain Taliban and al-Qaida forces is adding to Musharraf’s decline in popularity.

With US pressure increasing, Bhutto has been positioning herself as a champion of democracy.

Earlier this month, she attacked Musharraf’s record of fighting extremism, but left open the possibility of returning to the country while he was still president.

She said that, before she returns, the president will have to give up the power to dismiss the prime minister and dissolve parliament and show that free and fair elections can be held.

Musharraf, who was due to leave for Jeddah in Saudi Arabia after spending a few hours in the UAE, met the crown prince of Abu Dhabi, Sheikh Mohammad bin Zayed al-Nahayan, a Pakistani embassy spokesman said. 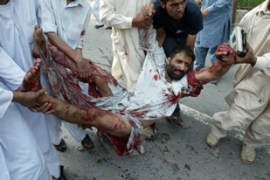 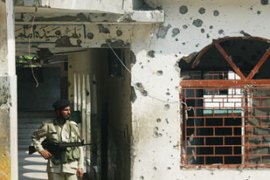 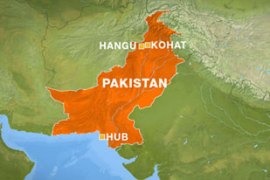 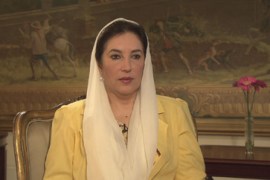