But Assane Ba, an AU spokesman, said: “For the moment the UN is not ready, [so] we have decided to stay on.”
He said the AU’s peace and security council on Wednesday had called on the international community to support the African bloc’s efforts in Somalia.
At the AU summit in Ghana, Ali Mohamed Gedi, the Somali president, blamed the international community’s lack of support for the delay in the full deployment of AU troops.
Continuing violence
Despite the presence of peacekeepers, as well as Ethiopian and Somali troops, roadside explosions, grenade attacks and gunfire have surged in lawless Mogadishu.
The violence has been blamed on Islamists who were defeated in late April after weeks of devastating artillery duels.
On Wednesday, at least three people, including a Somali soldier, were killed in a grenade attack at Bakara market in Mogadishu.
Four civilians were killed in a blast at the same market late on Tuesday.
The latest violence came a day before a much-anticipated peace meeting was due to resume in the capital.
Mortar blasts marred the opening of the meeting on Sunday, and organisers adjourned it until Thursday, saying they were waiting for more delegates to arrive.
Food crisis
Meanwhile, the UN warned that nearly one million Somalis are facing a major food crisis.
The agency said aid supplies are expected to run out by October and further shipments could be delayed by unsafe travel routes.
Worst-hit are the central and southern regions of Somalia which could face further famine due to crop failure.
Source : News Agencies 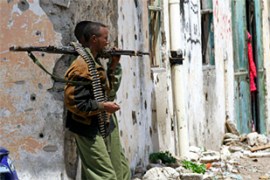 Organisers wait for more clan elders and politicans to arrive for talks. 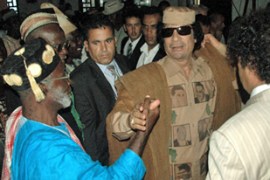 Leaders differ over pace of the continent’s integration and eventual unity. 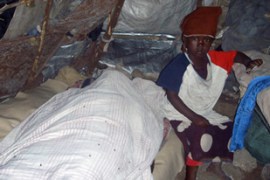 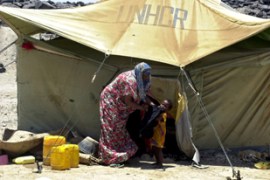 UN says 2006 has been one of the worst years for displaced people around the world.