Recent opinion polls show that Kirchner, currently a national senator for Buenos Aires, would be the favourite to win the presidential vote due to be held on October 28.

But a series of corruption scandals surrounding her husband, including the resignation this week of his economy minister amid an investigation into an unexplained bag of cash found in her office toilet, could affect Kirchner’s chances.

There have also been allegations of corruption over a multimillion-dollar government pipeline project and energy shortages have led to rationing of supplies to businesses.

The government has also suffered two losses in recent provincial and municipal elections.

Some commentators believe the president’s move not to run for a second term is to work around a law that leaders can only have two consecutive terms.

They say he plans to run again in 2011 and husband and wife could keep passing the baton in a political dynasty.

Christopher Sabatini, director of policy for Council of the Americas, a business organisation in the US, told Al Jazeera: “There is an idea of a Kirchner dynasty. According to the Argentinian constitution you can only run two consecutive terms. If they were to shift back and forth this could go on indefinitely.”

Argentina‘s first lady has been travelling abroad on official visits that are seen as an attempt to boost her profile and her chances of becoming the country’s first elected female leader.

In mid-June, she was in Europe, meeting figures including Pascal Lamy, the World Trade Organisation chief. She has also travelled to France, the US, Mexico, Venezuela and Ecuador in the last six months. 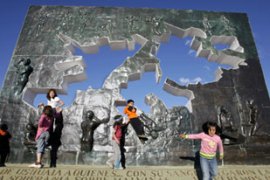 Buenos Aires says 25 years on, the Falklands war has “changed nothing”. 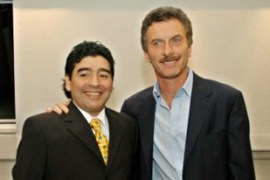 Owner of Boca Juniors and rival to the Argentinian president is predicted to win.