The Iraq national football team venture into uncharted territory as they play Korea Republic in their first Asian Cup semi-final at the Bukit Jalil National Stadium in Kuala Lumpur on Wednesday.

Iraq have surprised many with an impressive run into the final four, and their two wins and two draws so far have brought hope and happiness to the populace in their troubled country.

Jorvan Vieira, national coach, spoke of the passion for football in the country where he only took over as national coach two months before the Asian Cup tournament began.

“I’ve worked in Arabic countries for many years,” Vieira said at a press conference on Tuesday.

“From the beginning I have tried to keep my players under pressure to bring happiness to the people at home,” the Brazilian added.

“Our mission is finished in a sense, as nobody expected us to reach this stage.”

Noor Sabri, Iraq goal keeper, said the team had been in regular contact with friends and relatives in Iraq, and were buoyed by the support and scenes of jubilation from back home.

“Of course we have daily communications with family and friends in Iraq,” Sabri said.

“We saw the wild celebrations on television and websites after we reached the semi-finals.

“Seeing everyone at home celebrating the victories improves our team morale.”

Sabri, who became Iraq’s number-one keeper after an impressive display at the 2004 Athens Olympics, also stressed the importance of the national football team’s success in a nation that has had little to cheer about for so long.

“Despite the critical situation in Iraq, many Iraqis are focusing on the football team. It is very important for people in our country,” said Sabri, who plays for Iranian club side Mes Kerman.

“We have never reached the semi-finals at this tournament, so this is history.

“This has brought great happiness to our people at home, and such victories will bring more happiness.”

“They are all Iraqis”

Compared to Korea’s extra-time and penalty shoot-out win over Iran in their quarter-final, Iraq had a much easier match against Vietnam but have had a tough trip over from Bangkok where they were based for the group stage of the tournament.

“It’s a very tough match for both teams.  My players are ready for tomorrow,” Vieira said.

The Iraq team can be seen as a living example for the country as a whole.

The squad, made up of Kurdish, Sunni, and Shiite players, has performed harmoniously at the Asian Cup and will be sentimental favourites on Wednesday night, even though Korea are tipped to advance to the final.

“We are united, this group,” Vieira said.

“Everyone has problems in life, with communication, relationships, and so on. But we are united playing for the flag.

“This is the most important thing.  In the end, they are all Iraqis.” 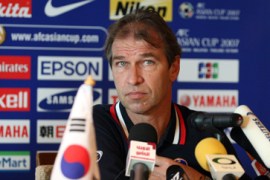 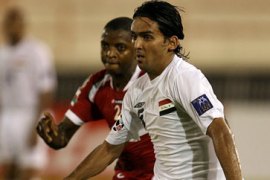 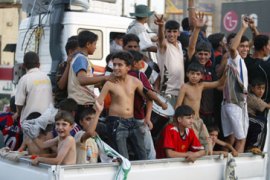 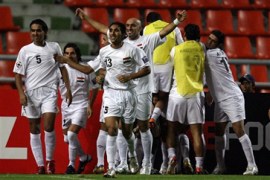