The Taliban said on Tuesday that a German captive who had diabetes and was very sick and drifting in and out of consciousness.

The bullet-riddled body of the second of the two German hostages seized separately from the Koreans last week was found on a road on Sunday.

Afghan government troops have surrounded the area where the kidnappers and their hostages are believed to be.

Bays said the Taliban is believed to have broken the group of hostages up into twos and threes in case troops moved in.

A Taliban spokesman said on Monday the South Koreans were in good health, but added that negotiations with Afghan and South Korean officials were “not going well”. 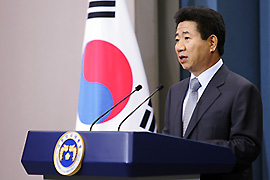 Hamid Karzai, Afghanistan’s president, said in March following the release of five Taliban prisoners in exchange for an Italian journalist, that his government would make no more hostage deals.

Foreign Ministry spokesman Sultan Ahmad Baheen told the AFP news agency: “Our  position remains the same as it was in the past.”

Seoul has stressed that it will pull out its 200 soldiers serving with a US-led coalition by the end of the year end as planned.

In Seoul, Roh Moo-Hyun, the South Korean president, on Tuesday urged South Koreans to remain “calm and cool-headed” after the hostages spent a fifth night in captivity.

Angela Merkel, the German Chancellor, has said “it is our mission” to  save the country’s second hostage but warned that Berlin would “not  accept blackmail” from the insurgents.

The South Korean embassy in Kabul said the hostages had been working for an aid organisation in the southern Afghan city of Kandahar, a former Taliban stronghold.
Source : News Agencies
More from News