The six medics were flown to Bulgaria on Tuesday and immediately pardoned by Georgi Parvanov, the Bulgarian president .

At a press conference in Sofia, the Bulgarian capital, Ashraf Alhajouj, the freed doctor, said: “I thank all the people in Bulgaria.

Tripoli owes Bulgaria $54 million and Stanishev said “Undoubtedly, the issue of [forgiving] the Libyan debt is one of the possible ways for Bulgaria to contribute.”

Bulgarian media celebrated their return on Wednesday with special praise reserved for the two women central to their release.

Cecilia Sarkozy, France’s first lady was referred to, amongst other things, as having “discreet charm” and Benita Ferrero-Waldner, the EU’s external affairs commissioner, as a “smile-toting diplomatic rebel”. 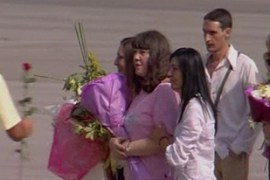 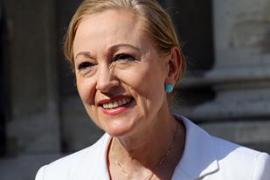