Japan midfielder Shunsuke Nakamura believes he needs to work more for the team when his side line up against Saudi Arabia if he is to give the defending champion any chance of making a third consecutive final.

“I want to focus more on teamwork by creating more chances for other players,” he said.
Nakamura said his team will need to adapt their usual style of play to counter a Saudi Arabian lineup stacked with hugely gifted individual players and an up tempo style of play.
Compounding the changes, he acknowledged that after four preliminary round games and a quarterfinal against Australia that was decided on penalties after extra time, his team was exhausted.
“But we will try our best to reach to the end of the tournament,” he said.
“We are now used to the weather here.”
The semifinals pits two of the powerhouses of Asian football against each other, which each country having won three Asian Cups each since 1984.
Saudi Arabia won the title in 1984, 1988 and 1996 while Japan were crowned champions in 1992, 2000 and 2004, beating the Saudis in the first two of those finals.
Saudi Arabia coach Helio Cesar dos Anjos, who took over the team in March, said he is still struggling to fully understand Arabian football and claimed Japan is the clear favorite for the match.
“We have respect for Japan, but we are not afraid of them,” he said.
The Saudi squad arrived in Vietnam on Monday from Jakarta, where it held off Uzbekistan 2-1 in Sunday’s quarterfinals.
Anjos was also keen to play the exhaustion card and claimed the gruelling travel arrangements had handed Japan an unfair advantage heading into Wednesday’s match.
Japan booked their place in the semi-finals by beating Australia on penalties on Saturday but because they were already in Hanoi, they did not have to move camp.

Saudi Arabia, on the other hand, spent the whole of Monday travelling from Indonesia to Vietnam after their quarter-final win over Uzbekistan in Jakarta on Sunday night.

Anjos said his players had arrived in Hanoi on Monday night feeling tired and weary after the long trip from Indonesia but there was no point in complaining.
“Yesterday Japan were training and preparing for the game while we were travelling for a marathon 12 hours to get here,” Anjos said.
“This is a problem but we cannot use this as an excuse. We just have to get out there and play the game.”
The winner of Wednesday’s semifinal will meet either Iraq or South Korea in Sunday’s final at Jakarta.
Source: News Agencies 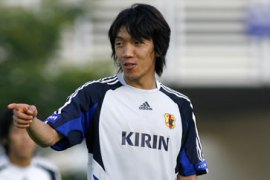 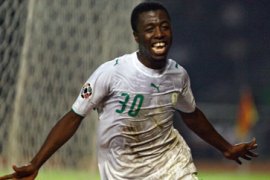 Saudis through to semis

Saudi Arabia down Uzbekistan 2-1 to book their place in the final four. 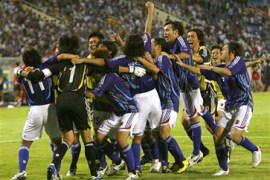 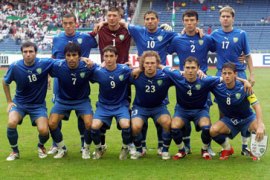 Uzbekistan ready for anything

The Uzbeks are on the rise, while Saudi Arabia aren’t just making up the numbers.