Iraq, Group A winners, are delighted to be staying at their first round base in Bangkok to face Vietnam in their Asian Cup quarter-final, and avoid defending champions Japan in Hanoi on Saturday.

The Iraqis won their group after earning a point in a 0-0 draw with Gulf rivals Oman at the Supachalasai Stadium, while across town Australia finished second in the pool with a 4-0 win over Thailand at the Rajamangala National Stadium.

The Socceroos now face the toughest of assignments as they pack up camp and fly north to Hanoi to face Group B winners and three-time Asian Cup champions Japan.

Vietnam, playing in their first Asian Cup finals for 47 years, caused an upset by finishing second in Group B and earning a trip to neighbouring Thailand for their quarter-final with Iraq.

The joint-hosts qualified despite losing 4-1 to Japan after the United Arab Emirates ended Qatar’s chances with a 2-1 win on Monday.

It will be the first meeting between Iraq and Vietnam, with the Iraqis sensing they have a great chance of making the semi-finals.

“The most important thing for us is we are staying in Bangkok regardless of who we are facing in the quarter-final,” Jorvan Vieira, Iraq’s Brazilian coach, said on Tuesday.

“Vietnam is a strong team with very fast players, but meeting them in Bangkok is different from Hanoi where they have great home backing.”

Hussein Saeed, head of the Iraq FA, said the team had been preparing to stay in Bangkok for its quarter-final.

“We were planning from the beginning to head the group so to avoid the hassle of travelling and getting used to another environment,” Saeed said.

“By doing so we also avoided playing Japan in the second round which is a relief as well.

“We did well in the first round considering the difficulties we had before the tournament and the icing on the cake was the 3-1 win over Australia”.

The Iraq-Vietnam match-up will ensure the fairytale tournament continues for one of the two minnows with a semi-final berth awaiting the winner.

In particular, Iraq’s magnificent tournament continues, with their progress at the Asian Cup being greeted with wild celebrations on the streets of the team’s strife-torn homeland.

“I would love to be celebrating in the streets of Baghdad with the Iraqi people and share their happiness,” Vieira said. 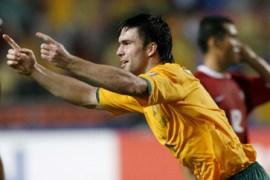 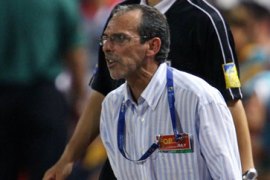 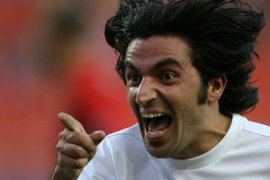 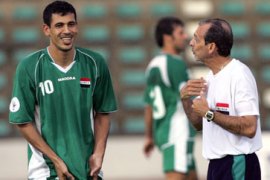