The council said in a statement: “The High Judicial Council decided to commute the death sentences against the five Bulgarian nurses and the Palestinian doctor to life-imprisonment terms.”
Earlier in the day the families of the children who contracted the virus at a Benghazi hospital started to receive compensation.
Idris Lagha, the head of the association for the families of the children, said: “We have renounced the death penalty … after all our conditions were met.”

This was part of a deal organised by the Kadhafi Foundation, a charity which has been involved in mediating a resolution to the case.

In return for the money, the relatives have signed a declaration handed over to the Supreme Judiciary Council, saying they no longer insist on the death penalty.
Al Jazeera’s Amr el-Kahky in Tripoli said that the Libyan public were not surprised by the decision and that the victims’ families wanted to see anti-viral drugs being brought into the country and a hospital built as part of the deal.
The EU has, though, offered a fund to pay for the children’s future care.
Blood money
Bulgaria and the EU had refused to accept the idea of compensation, as it might imply the six were guilty. Government officials from Bulgaria have denied that they have sent money to the families.
The six medical workers deny having infected more than 400 children and say their confessions were extracted under torture. Nineteen nurses were initially detained in 1999 as part of the investigation. Thirteen were later freed.
In 2004, Nasya Nenova, Snezhana Dimitrova, Valentina Siropolu, Christiana Valcheva and Valia Cherveniashka, and doctor Ashraf Alhajouj were sentenced to death.
Experts and outside scientific reports have said the children were contaminated as a result of unhygienic conditions at the hospital in the northeastern coastal city.
Fifty of the infected children have died. Libya is under international pressure to free the medical workers.
Source: News Agencies 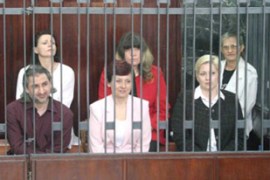 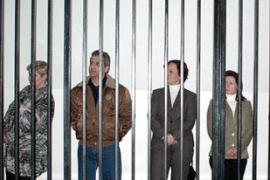 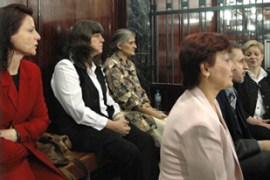