He also said US authorities have embarrassed the al-Maliki government through acts such as constructing walls in Baghdad and repeated raids on Sadr City.

Al-Suneid said: “Al-Maliki finds difficulty in understanding [Petraeus] because he moves with a purely American vision, and reality needs a co-ordinated mutual vision.”
Al-Maliki’s adviser denounced the heavy use of arms by US troops against suspected fighters as human rights violations.
He said US forces use methods that produce results fast, including “building walls, random killings, detentions in ways that are far from human rights and this embarrasses the government in front of its people”.
“We cannot imagine that a neighbourhood is bombed with an excuse that ‘we are searching for a terrorist,”‘ he said.
Source: News Agencies 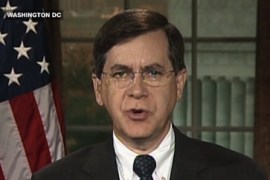 Will Bush bow to pressure at home?

The president’s support base is eroding as he battles a Republican rebellion. 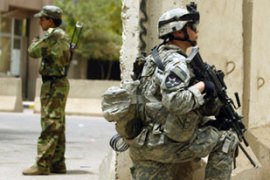 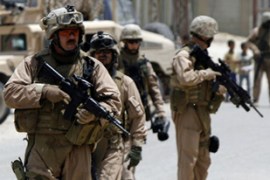 Assessment report says Iraq government has met less than half the US goals. 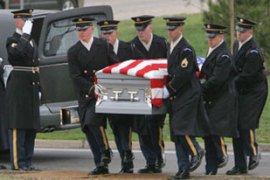