The mandate of the emergency government expired on Friday.
New government
The appointment of new ministers by Abbas and the resignation and reappointment of the cabinet effectively creates a new government to replace the emergency one formed under Fayyad after Hamas fighters routed forces loyal to Abbas’s secular Fatah faction in Gaza.
“It was agreed to distribute the heavy workload by adding … ministers to the government. Then it can go to parliament for a vote of confidence – if there’s a quorum,” Mahmoud al-Habbash, agriculture and social affairs minister, told Reuters.
Abbas and the new government only maintain effective power in the West Bank as Ismail Haniya, prime minister in the dismissed Hamas-led unity governent, has refused to accept Abbas’s decision.

Security forces loyal to Abbas were pushed out of the Gaza Strip during violent clashes in June leaving the new government with very little authority over the territory.

Azzam al-Ahmed, a politician from Abbas’s Fatah movement, said that because neither side can muster a majority in parliament, “This government will continue running the country until the crisis…is solved”.

Dozens of Hamas politicians have been arrested by Israel in the past year, giving Fatah a slight majority in the 132-seat parliament even though Hamas won Palestinian elections in 2006.

Both sides have charged the other with undermining the Palestinians’ democracy. 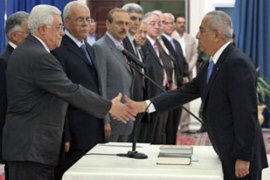 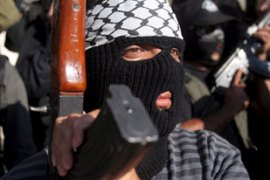 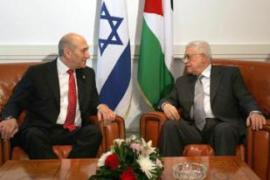 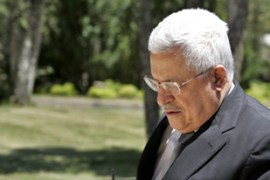 Summit in show of support for Abbas

Israeli and Arab leaders to meet in Sharm el-Sheikh, but little progress is expected.