Three-time champions Iran came from a goal down to start their 2007 Asian Cup campaign with a 2-1 win over Uzbekistan at the Bukit Jalil National Stadium in Kuala Lumpur.

Second half goals to defender Seyed Hosseini and substitute Javad Kazemeyan were enough to save the blushes of defender Rahman Rezai who had scored an embarrassing own-goal in the 16th minute.

“I congratulate the Uzbekistan coach, his team were very well prepared and we had a very good match today,” Iranian coach Amir Ghalenoei said after the match.

“I highly appreciate my players, who played very well in the second half and did as I instructed.

“The biggest problem was the weather, the climate of Kuala Lumpur, which caused the quality of the match to decrease.”

Iran began slowly and looked flat at times, but lifted their game in the second half as Uzbekistan began to wilt in the tough conditions after they themselves had looked impressive in the first half.

Ghalenoei became the second manager in the tournament to be sent form the sidelines when Kuwaiti referee Saad Al Fadhli was called over by his assistant referee, and after consultation with fourth official Khaili Al Ghamdi, sent Ghalenoei into the stands with six minutes left in the match.

Just a day earlier at the pre-match press conference, Ghalenoei had told reporters that although football was an emotional game, he would try to control his temper.

After the match the Iran coach claimed he was shouting at one of his players for losing the ball, and not at any of the officials.

The evenly poised match took a turn in the 16th minute when Rezai, under pressure from Uzbek striker Ulugbek Bakaev, headed his back pass over keeper Hassan Rodbarian who tried in vain to stop the own-goal.

Bakaev had done well to chase down what looked to be a harmless long ball from left back Vitaliy Denisov, forcing Rezai into the costly mistake.

Iran just couldn’t get any rhythm and looked slightly flat with captain Mehdi Mahdavikia making some searching runs down the right flank, but unable to hook up with striker Vahid Hashemian who played a lone role up front for most of the first half.

With three minutes to go in the half, Iran had a rare chance when Hashemian crossed from the left only for fellow forward Rasoul Khatibi to head wide when unmarked in front of goal.

Even though his side were down one goal, coach Ghalenoei persisted with the lone Hashemian up front, supported wide by Gholam Enayati and halftime substitution Javed Kazemeyan, with Ali Karimi in behind.

Seyed Hosseini would be the second Iranian defender to score on the night, but luckily for his team it was at the right end of the field.

As the stadium lights began to take over in 55th minute, a corner from Mahdavikia saw Hosseini rise well above the pack with a well executed downward header which bounced before the goal line on its way into the net at the far post.

The equaliser sparked both teams into a burst of end-to-end football and when Server Djeparov played a through ball in the 71st minute, Timur Kapadze found himself one-on-one with Rodbarian, but the Iranian keeper was up to the task with a save from point-blank range.

Iran had the winner in the 77th minute when a brilliantly threaded through ball by Bolton Wanderers midfielder Andranik Teymourian split the Uzbekistan defence, with Kazemeyan then hitting a low shot past keeper Pavel Bugalo.

After starting slowly Iran finished the stronger of the two sides, and although three minutes of stoppage time were added, Uzbekistan looked a spent force with Team Meli doing enough to earn a valuable three points in their opening match.

“The first match is always difficult for any team,” Rauf Inileyev, Uzbekistan coach said at the post-match press conference.

“Kapadze had a good chance to score but he missed, and if we scored that goal I think the game would have gone the other way today.” 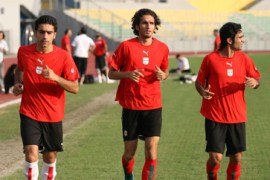 Three-time Asian Cup champions Iran haven’t made the final since 1976.