“Somalia is at a critical crossroads and it is the right time for the United Nations Security Council to assist in the maintenance of peace and security,” Gedi said.

“It’s not fair to say, ‘Make peace and I will come and keep it’, It’s not right to ignore or neglect the interests of the Somali people,” he added.

Gedi’s calls put pressure on the Security Council as it prepares to send a hybrid AU-UN force of more than 20,000 peacekeepers to Sudan‘s Darfur region.

Diplomats said all 15 council members except Congo were wary of a UN peacekeeping force, although they have backed Somalia’s transitional government.

Ban Ki-moon, the UN secretary-general, circulated a report to the council warning that a UN mission is likely to face threats from “radical groups” and some clan leaders.

“Even in the best-case scenario, addressing the problems of Somalia will be a demanding, dangerous and massive undertaking,” the report said.

A contingency plan drawn up for Ban has seen a need for more than 20,000 military personnel.

“The initial assessment suggests that a large, very robust and mobile military force would be required,” it said.

“We need to get AMISOM reinforced, and if peace is brought about and there’s sufficient agreement, the United Kingdom will support a UN peacekeeping presence in Somalia,” he said.

In the latest wave of violence in Somalia, a roadside bomb killed two soldiers in Mogadishu on Thursday and two aid workers were shot and killed.

Crucial to establishing peace will be a national reconciliation congress that Gedi told the council would be “inclusive”.

The congress has been postponed twice but Gedi said it would start on July 15 and will be open to all – including former Islamic court fighters – as long as they renounced violence and came under the umbrella of clan leaders. 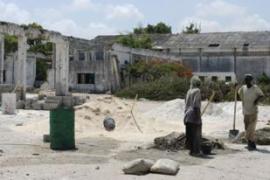 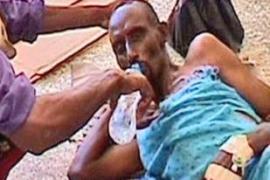 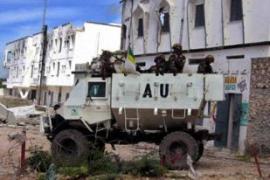 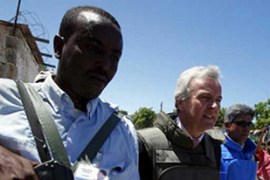 World body says aid is still not reaching those displaced by recent fighting.