“Asia faces a particularly daunting challenge in securing the energy it needs to support growth and poverty reduction in a responsible, sustainable manner,” he said.

“Developing countries should be encouraged to explore possibilities for renewable energy sources, such as wind, solar, and biofuels,” he said.

Delegates at the conference – co-sponsored by the ADB and the United States Agency for International Development – are expected to discuss how to promote and roll out clean energy projects in Asia, the bank said.

They will also address how to finance clean energy projects, including establishing carbon trading schemes which are relatively unknown in Asia.

With renewable energy projects costing up to three times as much as conventional power sources, the Philippines energy minister said the biggest challenge facing many developing countries was financing.

Raphael Lotilla said the Philippine government had passed legislation requiring that 5 per cent of fuels come from ethanol by 2008, while a draft bill currently being debated will mandate that up to 10 per cent of energy come from renewable sources.

Nonetheless he said the cost factor meant the Philippines was still is struggling to boost the amount of energy that comes for renewables.

Among the solutions, Lotilla suggested, would be allowing the Philippines to use payments due on outstanding debt to finance renewable projects.

The three-day meeting in Manila comes after the Intergovernmental Panel on Climate Change (IPCC), a United Nations network of 2,000 scientists, called earlier this year for urgent action to cut greenhouse gas emissions.

The IPCC said countries needed to focus on increasing the energy efficiency of buildings and vehicles, shifting from fossil fuels to renewable fuels, and reforming the forestry and farming sectors.

The ADB and other institutional investors including the World Bank have come under fire in recent years from environmental groups for funding conventional energy projects like coal-fired power plants while largely ignoring renewable energy. 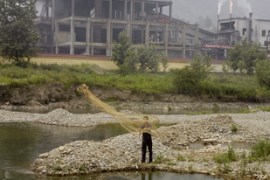 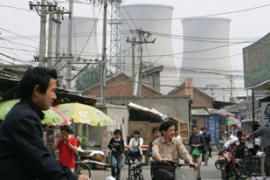 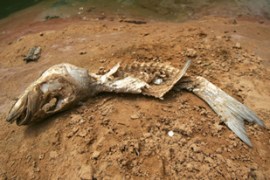 Scientists say US, China and Saudi Arabia had objected to the wording of the text. 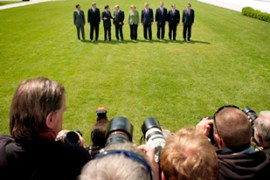