A former mayor of Taipei, he resigned as chairman of the Kuomintang party in February after being indicted on charges of corruption, charges that he denies.
He is alleged to have misused about 11 million Taiwan dollars ($333,300) in expense accounts during his tenure as Taipei mayor from 1998 to 2006.
Ma has promised to revive the economy and push for political reform if he is elected over Frank Hsieh, running for the ruling Democratic Progressive Party (DPP).
He has also pledged to end hostility with China, which regards Taiwan as a renegade province awaiting reunification.
Public support for Ma rose to 40 per cent after Siew’s nomination as his running mate, according to a newspaper poll on Saturday.
Siew is widely credited for leading Taiwan through the Asian financial crisis while he was prime minister.
Hsieh, who was nominated by the DPP last month, has yet to pick his running mate.
Source: News Agencies 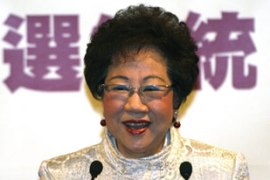 Taiwan VP to vie for presidency

Woman labelled “insane” by China aims to be the island’s first female president. 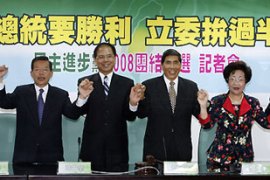 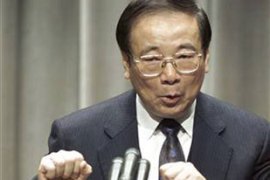 Chang is expected to reshuffle the Cabinet in a bid to improve government efficiency. 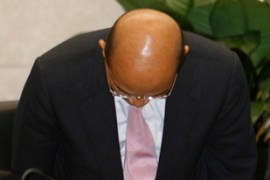 Su Tseng-chang steps down a week after defeat in a presidential primary vote.