In the past three years, congress has passed bills to stop the relatively small amount of US aid to Saudi Arabia, only to see the administration of George Bush, the president, circumvent the prohibitions.

Now, congressmen are trying to close loopholes so that no more US aid can be sent to the world’s leading petroleum exporter.

According to supporters of the legislation, the United States provided $2.5m to Riyadh in 2005 and 2006.

The money has been used to train Saudis in counter-terrorism and border security and to pay for Saudi military officers to attend US military school.

She added that Saudi youths had entered Iraq to “wage jihad” against US forces fighting there.

Osama bin Laden, the Saudi-born leader of the al-Qaeda group that carried out the September 11 attacks, was expelled from the kingdom in 1991 for anti-government activities.

Members of the House of Representatives also complained that with Saudi Arabia‘s vast wealth from oil revenues, US taxpayers do not need to subsidise training Saudis.

“With poor countries all over the globe begging us for help, why are we giving money to this oil-rich nation?” Berkley said.

The US state department has routinely criticised Saudi Arabia for religious intolerance, disenfranchisement of women and arbitrary justice. 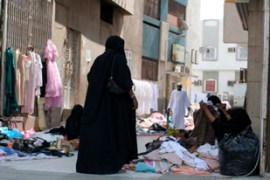 Saudi civil court to hear the first ever case brought against the Muttawa. 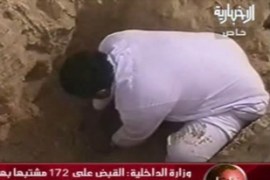 Last year saw 21 incidents of violence against members of the special force. 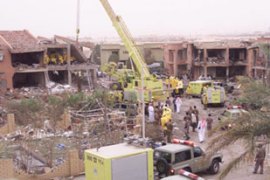