He said that a government committee would be set up to oversee the recruitment and arming of Sunni tribesmen.

The US strategy of arming and training tribal police units in the western Anbar province has been credited with significantly calming what was once Iraq’s most violent region.

The tactic was developed earlier this year as a new way to fight al-Qaeda in areas where there were no regular security forces and senior US commanders have said they will extend the policy to other regions.

In the Newsweek interview, al-Maliki said some US field commanders had made mistakes because they did not know everything about some of the people who joined the police units in Anbar.

Meanwhile, the second most senior US military commander in Iraq denied that “insurgent groups” were being given weapons, but said that his forces were “reaching out”.

“We have not given weapons to any insurgent groups. They have plenty of weapons,” Lieutenant-General Raymond Odierno said.

“I want those weapons to be used against al-Qaeda and not against coalition forces or Iraqi security forces.”

The insurgent groups “are reaching out to us, and we are reaching back. They want to fight al-Qaeda, and we think they can help us. And there’s a few things that they have to do,” he said.

Odierno said US commanders wanted to connect those groups to the Iraqi government within the broader framework of reconciliation. 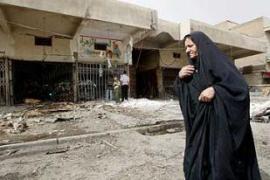 Tribal leaders clash with al-Qaeda in Iraq members in a suburb of country’s capital. 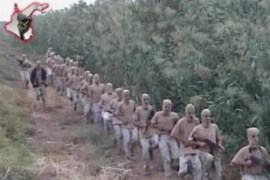 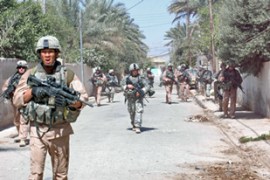 ‘Iraq fighters killed’ in US attack 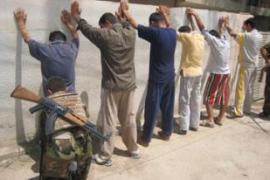