Religious students from Lal Masjid, or Red Mosque, kidnapped the nine, including the six Chinese women, early on Saturday when they raided a massage parlour.
They accused the women of engaging in “immoral activities”.

The students said in a statement: “The foreign women were involved in prostitution in a massage centre”.

Ghazi earlier said that the mosque had heard “that these women did massage for men, but it was more than that”.
The students said they had “not kidnapped anyone but have brought six foreign women and three men to persuade them” to change their ways.
Residents of Pakistan’s cosmopolitan capital have become increasingly concerned by the authorities’ inability to tackle the “anti-vice” drives undertaken by students and clerics at the mosque.
On previous occasions students from the mosque have abducted and held police officers, but authorities are said to fear a backlash if any of the female students were hurt in an assault on the mosque.
Source : News Agencies 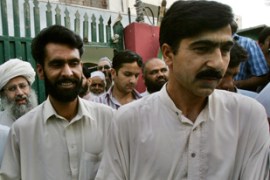 Two soldiers held hostage for over six days are released from mosque in Islamabad. 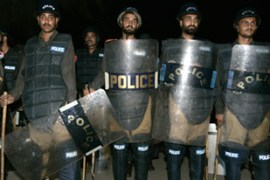 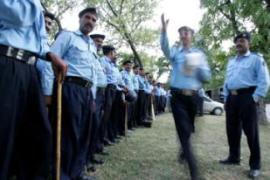 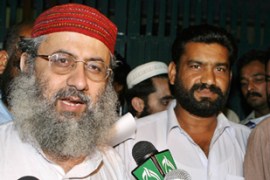 Men were taken by mosque students in retaliation for detention of fellow students.