“Government will now consider all other options which it had so far been reluctant to apply to ensure that labour laws are fully respected.”

The strike has paralysed trade in Nigeria, the world’s eighth largest exporter of crude oil, but oil production and exports have so far been spared.

The government said it would no longer tolerate street blockades by union members, setting the stage for a more hostile face-off with workers.

The dispute has been the first major challenge for Umaru Yar’Adua, the new president, who inherited the unpopular price increase from Olusegun Obasanjo, his predecessor.

The body had held several hours of talks with the government in Abuja, the capital.

Kingibe said that the government had overlooked the fact that union members had chased workers from offices and barricaded streets and fuel depots, but that was now to change.

“Government will put every measure in place to ensure that citizens who want to exercise their fundamental rights to go to work will do so without molestation and that filling stations and depots are secured,” he said.

Crude oil futures in London, which have been supported by fears of a disruption in Nigerian supplies, rose six cents to $70.28 a barrel.

The general strike was preceded by one by tanker drivers that caused nationwide fuel shortages. Public transport has been affected and most filling stations no longer have fuel.

Analysts said Yar’Adua’s handling of the crisis had been poor.

His defence of Obasanjo’s price increase has reinforced popular belief that Yar’Adua was under the influence of his predecessor, who picked him to make him president.

Having offered concessions that were rejected, Yar’Adua gave himself little room to manoeuvre.

Bismark Rewane, a consultant from Financial Derivatives Company, said: “He is in a no-win situation and I think he will have to give in.”

Unions had threatened to withdraw key staff from the oil export terminals on Thursday, but ship agents and oil officials said exports went ahead normally.

Peter Akpatason, head of the NUPENG oil union, said the order had been given to withdraw, but he did not know whether it had been fully effective.

Oil companies have contingency plans to sustain essential operations using non-unionised staff, but these measures can only keep oil flowing for a few days, experts say.

Nigeria is a leading crude producer, but virtually all of its petrol is imported due to years of corruption, mismanagement and violence that have left refineries inoperable.

Unions launched their strike on Wednesday in the hope of forcing the government to roll back a 15 per cent increase on petrol.

Oil receipts account for about 80 per cent of the government’s revenue and the unions are threatening to close the taps of Nigeria‘s energy industry, sending crude prices towards nine-month highs on international markets. 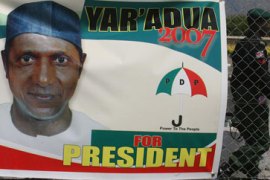 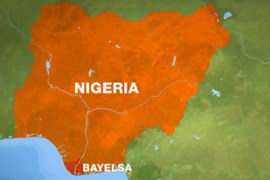 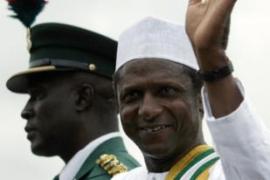 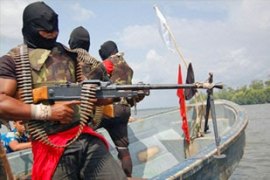