Larijani and ElBaradei will meet later on Friday in Vienna.

However, in comments likely to worry Western powers which fear the country is seeking to build nuclear bombs, the Iranian news agency reported: “More than 100kg of enriched uranium materials have been delivered to storages.”

Experts say Iran would need at least 500kg of enriched uranium for use in one bomb.

Iran has repeatedly refused to halt uranium enrichment, a process to make fuel for nuclear power plants that can also provide material for atom bombs if enriched to a much higher degree. Tehran says its purposes are peaceful.

Iran‘s supreme national security council has announced that Larijani and EU foreign policy chief Javier Solana would meet in Lisbon on Saturday, in their latest attempt to break the deadlock on the Iranian nuclear programme. 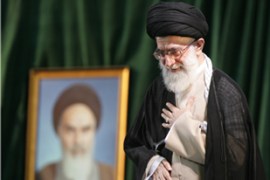 Iran: No retreat on nuclear plan 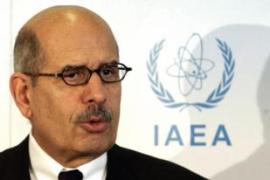