“Even the United States has to admit that we’ve played a positive role,” he said. “We’ve tried our best.”
‘Sincere’
Liu said it was Beijing’s advice to “be more flexible” that led to a diplomatic breakthrough earlier this month when Sudan’s government agreed to let a joint peacekeeping force comprising of UN and African Union troops enter Darfur.

Liu said China was “open and sincere to making its contribution” although it has not received a formal request to send soldiers for the 19,000-strong peacekeeping mission.

“We will study the request, carefully and seriously,” he said, adding that it was “a strong sign” that China already committed 275 military engineers to the UN’s current build-up in Darfur.
However he warned that “any kind of peacekeeping mission will be useless” without the support of the Sudanese government.
‘Genocide Olympics’
China has faced growing pressure to use its financial influence over Sudan to end to the fighting in Darfur that has left about 200,000 people dead and displaced more than two million others.
Human rights groups along with Hollywood actress Mia Farrow, among others, have branded the 2008 Games the “genocide olympics” in an attempt to force China into putting pressure on Sudan’s leaders.
Commenting on such moves Liu said efforts to link the Olympics to the situation in Darfur were “ridiculous”.
“To link the Chinese corporations’ involvement in the oil sector with loss of life in Darfur is baseless,” he said.
“The Olympics are a non-political event.”
Fresh talks
Liu said he expected Sudan to open a new round of peace talks with the Darfur rebel groups “some time in August”.
China, one of the five UN Security Council permanent members with veto power, has opposed harsh measures against Sudan over the Darfur violence.
China is the biggest overseas investor in Sudan and accounts for two-thirds of its oil exports.
China is also a major weapons supplier to Sudan, but says it does not breach the UN embargo on weapons entering Darfur.
Source: News Agencies 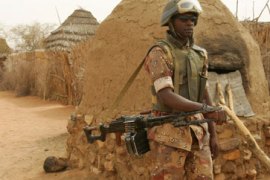 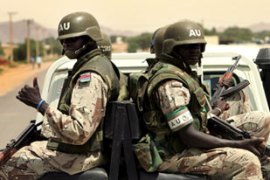 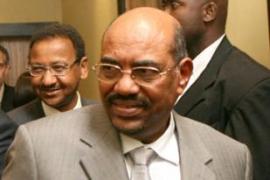 Sudan leader criticised by Bush as US seeks international hybrid force for Darfur. 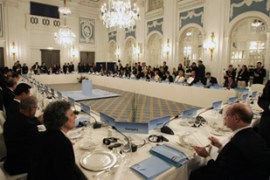 Beijing urged to use influence on Sudan to bring end to the bloodshed.