Officials and Communist party members were implicated in the slave trade scandal.

Police said they broke up five human-trafficking gangs in Zhengzhou, the capital of Henan province, and arrested 13 members accused of supplying slave labour.

A total of 48 people linked to the scandal were detained in Shanxi, while 120 were being held in Henan, the news agency added.

Those detained included Heng Tinghan, 42, in Shanxi provice, who is accused of employing 32 slave labourers at a brick kiln he ran for the son of a local party chief.

One worker at the kiln was allegedly beaten to death last year while others were regularly starved, beaten and forced to work long  hours for no pay.

Xinhua said the local town’s Communist party chief, whose son owned the brick works and was also detained, was under investigation along with county-level officials and police suspected of collusion with illegal kiln and mine owners.

A Henan TV broadcast on Saturday showed workers from a nearby brick kiln after their release, many too feeble or ill to walk. Most had been severely beaten and none had been paid, the commentator said.

“They had all been hit by bricks and sticks. Seven of them were badly injured, with broken legs and such,” he said. 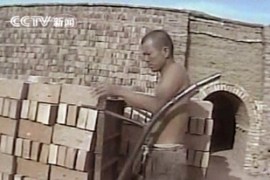 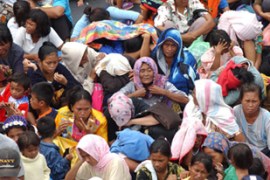 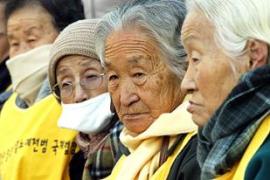