The three prospective recipients were real patients in need of transplants and had been in on the hoax, the show said.

“The entire exercise was intended to pressure the government into reforming its organ donation laws and raise public awareness of the need for organs,” Patrick Lodiers, the show’s presenter, said.

Lodiers said that it was “reality that was shocking” because around 200 people die annually in the Netherlands while waiting for a kidney, and the average waiting time is more than four years – more than in other European countries.

Viewers in the Netherlands were asked to give advice via text messages during the 80-minute show which started at 1830 GMT.

The show had set off a storm of criticism, both at home and abroad, and many believe reality TV has gone too far.

The show was also condemned by Jan Peter Balkenende, the Dutch prime minister.

This show is detrimental to the whole business of organ donation, Balkanende said on Friday, adding it would do the reputation of the Netherlands no good abroad, according to Dutch news agency ANP.

Dutch embassies abroad received a number of complaints from people expressing their shock over the show, the foreign ministry said on its website.

Public broadcaster BNN, which came up with the idea, said it wanted to draw attention to the growing shortage of organ donors in the Netherlands.

Callers to a local radio station had suggested the whole thing could be a hoax by BNN to build up its ratings. 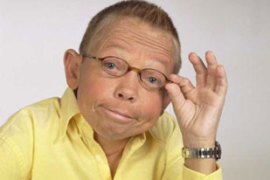