Opinion polls giving an initial indication of the result were expected immediately after voting ends at 8:00 p.m. (1800 GMT).

At a polling station near Paris’ Champs-Elysees, Anne Combemale said she voted for Sarkozy because of his market-oriented economic platform.

Combemale, 43, who is unemployed, said: “He has the willpower to change France.”

Bechir Chakroun, a 26-year-old who works in marketing, said he liked Royal’s commitment to helping the poor.

“She represents change, I want to see what a woman can do.”

Whoever wins the race to occupy the presidential palace, the Elysee, will mark a new political era in France as Jacques Chirac, 74, bows out after 12 years.

Sunday’s vote marks the end of what has become an increasingly bitter race.

“It is my responsibility today to alert people to the risk of [his] candidature with regards to the violence and brutality that would be unleashed in the country [if he won],” she said.

Pressed on whether there would actually be violence, Royal said: “I think so, I think so,” referring specifically to France‘s volatile suburbs hit by widespread rioting in 2005.

“She’s not in a good mood this morning. It must be the opinion polls,” he told Europe 1 radio.

“She’s finishing in violence, in a certain state of feverishness,” he later told reporters during a trip to the Alps.

Sarkozy topped the first round vote on April 22 with 31.2 per cent of the ballot against 25.9 per cent for Royal.

A key factor in Sunday’s voting will be how the seven million people who backed the third placed centrist candidate, Francois Bayrou, in the first round vote in the second round.

Bayrou has not given his explicit support to either candidate but did say he would not vote for Sarkozy.

A TNS Sofres survey published on Friday showed Sarkozy at 54.5 per cent, compared to 45.5 per cent for Royal.

The last polls of the campaign, one by BVA and one by IPSOS, both put Sarkozy even further ahead on 55 per cent to Royal’s 45. 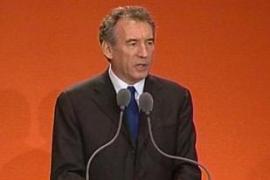 Royal fails to get Bayrou backing 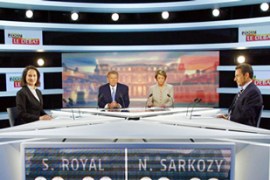 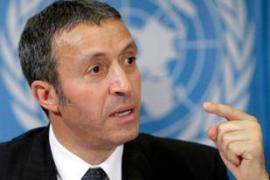 An organisation set up by Sarkozy is seen as state interference in Muslim affairs. 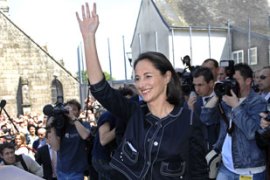 Voting begins in overseas territories to decide France’s next leader.