The Pentagon report is an annual assessment of China‘s military strength presented to congress.

It said new and highly sophisticated Chinese submarines, missiles and unmanned combat aircraft had significantly raised China‘s ability to launch pre-emptive strike, and it pointed to China‘s recent test of an anti-satellite weapon as a threat to “all space-faring nations”.

In March Beijing announced its military spending would rise by almost a fifth in 2007, although that still puts its total expenditure far behind the US.

The announced increase would take China‘s military spending to about $45bn, the Pentagon report said US intelligence estimates indicated total military-related spending for the year could be up to $125bn.

In contrast the White House has requested a defence budget of $484.1bn for the year starting from October 2007.

That figure that does not include military operations in Iraq and Afghanistan.

Condemning the latest Pentagon report, The Chinese foreign ministry said it “expresses strong dissatisfaction and resolute opposition” to its findings.

“It continues spreading the ‘China threat’ theory, seriously violates the norms of international relations and is a gross interference in China‘s internal affairs,” the ministry said. 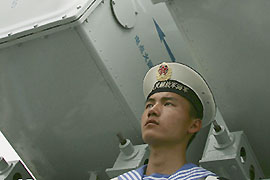 “Whipping up the ‘China threat’ theory is completely wrong and will be in vain,” it said, condemning the Pentagon for “a serious violation of

China, it said, “is a peace-loving country which sticks to a path of peaceful development and adopts a defensive national defence policy,” it said.

In March Marine General Peter Pace, the chairman of the US Joint Chiefs of Staff, paid a four-day visit to China, calling for closer ties between the two countries’ armed forces.

“When you get to know each other and know how each other thinks, you build trust and confidence,” Pace said, adding that China was “a nation that deserves respect”.

The Pentagon report came at the end of a week which saw high-level trade talks between the US and China end without agreement on key disputes, particularly over US charges that China is not moving fast enough on promised reforms.

Members of the US congress are planning to introduce legislation in the coming weeks to punish China for policies they say keep the value of its currency artificially low.

That, they argue, has made Chinese good unfairly cheap, creating a record US trade deficit with China and causing the loss of millions of American jobs. 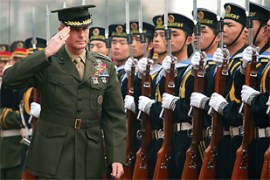 Chairman of US joint chiefs looks to build relations with rising military power. 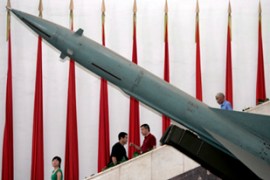 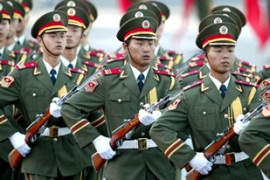 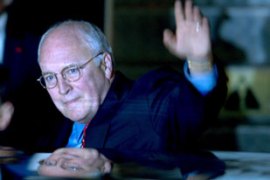