One of Farc’s hostages is Ingrid Betancourt, a French-Colombian politician who was seized in 2002 while she was running for Colombia’s presidency.
Three Americans are also being held captive.
French intervention
Raul Reyes, the second-in-command of the 17,000-strong group, stressed that “it is absolutely indispensable to have the guarantee that the cities of Florida and Pradera are free from state forces”.
“Your good work in this proposition would be definitive in obtaining the return to their homes of Mrs Ingrid and the rest of the [hostages],” Reyes said.
“Farc confirms again to President Nicolas Sarkozy and to France our firm commitment to the goal of exchanging prisoners,” the Colombian news agency Anncol quoted him as saying.
Alvaro Uribe, the Colombian president, has rejected the proposed demilitarisation but said he is considering freeing hundreds of detained Farc guerrillas.
But on Friday, he publicly ordered the military, over the objections of her family and the French government, to rescue Betancourt and other hostages.
In Paris on Wednesday, Sarkozy met Luis Carlos Restrepo, the high commissioner for peace in Colombia, saying that freeing Betancourt and the other 55 hostages had to come out of a “humanitarian accord”, the French president’s office said.
Source: News Agencies 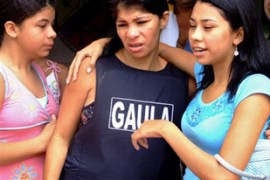 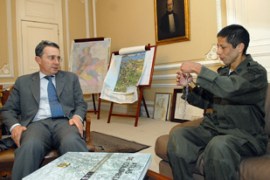 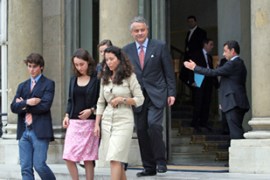 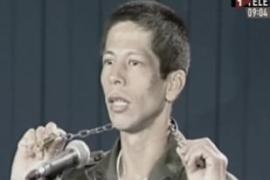