But the Kurdistan Workers’ Party (PKK) denied any role in the bombing.

“We announce that we … have no connection with this attack and that we do not approve of such methods,” said a statement from the PKK, which has been fighting for self-rule in Turkey’s southeast since 1984.

The statement was published on the website of Firat, a pro-Kurdish news agency.

Meanwhile, the Turkish prime minister has shown support for

Recep Tayyip Erdogan said the government “will do whatever is necessary” to maintain peace, the Anatolian news agency quoted him as saying.

“On this issue there can be no question of any difference of opinion with our armed forces, with our soldiers…,” he said. “On this issue, when it is necessary this step will be taken.”

Erdogan was responding to a suggestion last month by Yasar Buyukanit, the armed forces chief, for troops to enter Iraq to quash the rebels.

Ankara says thousands of PKK guerrillas use northern Iraq as a base.

Turkish police on Wednesday detained a suspected suicide bomber in possession of 11.3 kg of plastic explosives in the southern city of Adana, the local governor said.

Ilhan Atis, the governor of Adana, told the Anatolia news agency that police, acting on a tip-off, detained a woman who tried to flee when officers stopped the vehicle she was travelling in.

“It is understood that she is a suicide bomber.”

The governor did not say whether the woman belonged to any group and said a detailed statement would come after she is questioned.

The rush-hour explosion at the entrance of an Ankara shopping mall was believed to be the worst in at least a decade to strike the capital and came at a time of heightened political tension in the European Union-aspirant country.

Turkish media said eight people had been detained in connection with the blast.

Leading newspapers Hurriyet and Radikal said that the blast took place shortly before senior military commanders, including Buyukanit, were due to pass the area to go to a defence-industry reception. 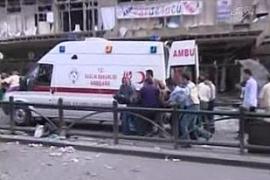 Six people are killed and more than 80 injured in a powerful blast in Ankara. 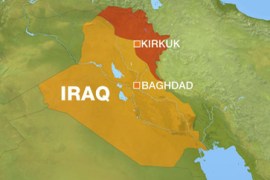 Inside Iraq asks if a war is looming between Turkey and the Kurds. 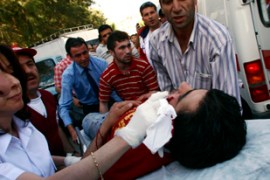 Attack in Izmir leaves one dead a day before an anti-government protest is due.