Among guests at the Elysee were Sarkozy’s wife Cecilia, their son Louis and the four grown-up children they have from previous marriages. Small crowds lined the street outside.

Chirac, has stepped down after 12 years marking an end of an era in French politics.

On Tuesday evening, the outgoing leader bid an emotional farewell to the nation, urging the people to remain “united and together” under Sarkozy.

“Tomorrow I will hand over the powers I have exercised in your name to Nicolas Sarkozy, our new president of the republic,” he said.

The 52-year-old former interior minister was elected president on May 6, easily beating Segolene Royal, the socialist candidate, on a promise of radical economic and social change.

He has vowed to act fast in office, calling a special session of the National Assembly in July to pass a first wave of reforms – including tax cuts, trade union reforms, new controls on immigration and tougher sentencing rules for serial offenders.

His first task is to appoint a caretaker government to lead the ruling Union for a Popular Movement (UMP) into parliamentary elections on June 10 and 17.

Fillon is seen as a calm and competent operator who successfully negotiated reforms to the pensions system in 2003.

With the full cabinet expected to be announced on Thursday or Friday, several tips for ministerial posts are circulating in the Paris rumour-mill. 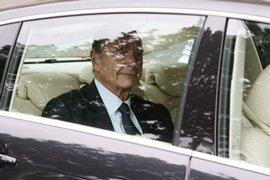 On Monday, aides to Sarkozy said that Bernard Kouchner – a socialist ex-minister who founded the charity Doctors Without Borders – was likely to accept the post of foreign minister.

This would be a major coup for Sarkozy, who is seeking to broaden the political base of his government.

The new president has promised a reduced cabinet of 15 members, with seven or eight women – the first time France would have gender parity in government.

On leaving the Elysee, Chirac and his wife, Bernadette, will be taken to their new temporary home in an apartment on the river Seine overlooking the Louvre museum.

The flat has been loaned by the family of the assassinated Lebanese politician Rafiq al-Hariri, who was a close friend of the Chiracs. They are expected to stay there until they find a place of their own in Paris.

Unlike in the US there is no swearing-in ceremony, and presidential authority is simply passed on from incumbent to successor. 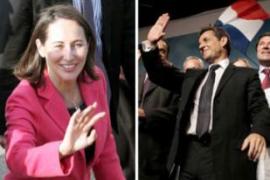 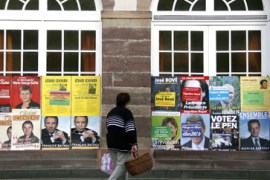 Four leading candidates have emerged in the race to become France’s next president. 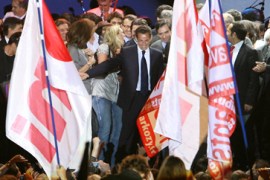 How much of a departure will he make from Jacques Chirac’s legacy? 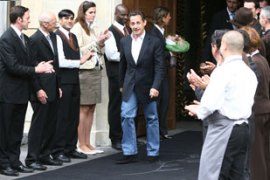 Sarkozy gets ready for office