A spokesman for the coalition said Joao Bernardo “Nino” Vieira, the president, had rejected its candidate for the premiership, Martinho Ndafa Kabi, of the opposition African Party for the Independence of Guinea-Bissau and Cape Verde (PAIGC).
Aristides Gomes, the former prime minister and a close ally of Vieira, resigned on March 29 after the no-confidence vote against his government in the former Portuguese colony.
Protests threatened

Ibrahima Sori Diallo, a spokesman for the coalition, said the three “will maintain the name of Martinho Ndafa Kabi as successor to Aristides Gomes”.

He said: “We do not know when a new prime minister will be appointed.”

The three control almost all parliamentary seats and say Guinea-Bissau, which has been racked by coups and civil wars since independence in 1974, can progress only under a government with a legislative majority.

The parties have threatened street protests in the past unless Vieira accepts a premier proposed by them.

Vieira may call early parliamentary elections, but diplomats say this is unlikely as the poor state, dependent on cashew nut production, does not have the money to organise them.

Vieira ruled for nearly 20 years after toppling Guinea-Bissau’s first president, Luis Cabral, in 1980. He was overthrown in a crippling 1998-1999 civil war, but won an election in 2005, after which he installed Gomes as premier. 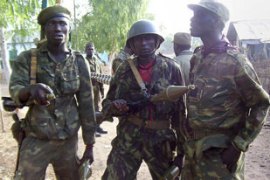 The capital’s residents are angry at the brutal murder of the navy’s former head. 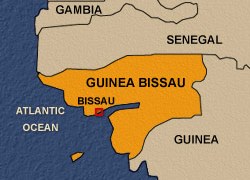 Kumba Yalla, the former ruler of Guinea-Bissau, has seized the presidency building of the small West African country.

A group of students from Guinea-Bissau who took their ambassador hostage in Moscow demanding unpaid study grants have released him.

Students from Guinea-Bissau are holding their ambassador hostage in Moscow, demanding that they be given their overdue grants.