“They’re finding freshly-dug graves when they go into villages but because of the situation they’re not in a position to carry out a census.”

At least 6,000 were left homeless and 1,000 homes destroyed in Monday’s 8.0-magnitude earthquake and the subsequent tsunami, Thomas said.

“The figures will rise when we gather all the information and complete the picture and we’re in the process of doing that now,” he said in Gizo, one of the worst-hit towns that is now the base for international relief efforts.

Helicopters continued to buzz in and out of Gizo, the region’s main population centre, as aid workers delivered supplies and medical care to outlying islands.

The International Red Cross and other aid groups have deemed basic latrines and water purification systems as top priority, in a frantic bid to stop the spread of disease.

Thousands of villagers were still huddled in unhygienic refugee camps in the hills above their ruined towns on Sunday, too frightened to come down. 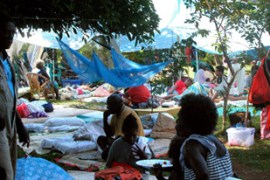 Thousands of earthquake survivors fear returning to their shoreline homes. 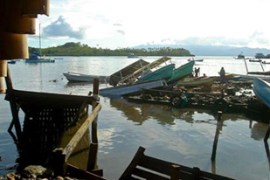 At least 28 found dead and more are expected as aid and rescue efforts increase. 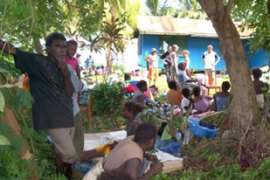 Agencies struggling to reach areas where thousands of people are homeless. 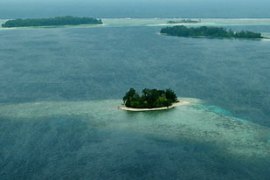 Many killed in Solomons tsunami

Officials say millions of dollars will be needed to repair the tsunami and quake damage.