“The United States had nothing to do with Mr Sharafi’s detention, and we welcome his return to Iran,” Gordon Johndroe, the White House national security spokesman, said.

A US intelligence official, who spoke on condition of anonymity, told The Associated Press news agency that the CIA also denied any role in the capture or release of Sharafi.

“The CIA does not conduct or condone torture,” he added.

The second secretary at Iran’s Baghdad embassy said he was seized by Iraqi defence officials travelling in US military vehicles, and questioned by Arabic-speaking and English-speaking interrogators.

State television said signs of torture were still visible on Sharafi, who is being treated at an Iranian hospital. No images of the diplomat were shown.

“Later, they released me under pressure from Iraqi government officials. They dropped me near the back of the airport,” he said.

Sharafi was freed the day before Iran announced it would return 15 British naval personnel held for 13 days after being accused of straying into Iranian waters.

The release raised speculation that it was part of a deal reached with Britain. Both London and Tehran have denied any links between the two events. 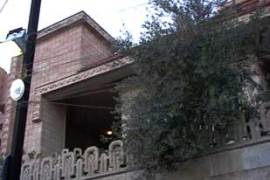 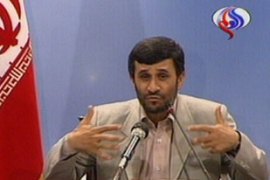 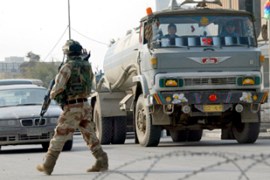 Iran blames US for abduction

Tehran says it holds the US responsible for the safety of the abducted diplomat.