Prison raid
Meanwhile, an armed group disguised as soldiers raided a prison complex in Davao del Norte province, seizing more than 100 rifles, shotguns and pistols from its armoury.
No shots were fired in the attack on Sunday.
Andres Caro, a Philippines’ police chief, said that about 30 people, some wearing camouflage uniforms with the insignia of a regional military anti-terror unit, disarmed four guards and took the weapons from the prison armoury, before escaping in five vans.
A number of groups are active against the government in the southern Philippines, including the communist New People’s Army and Abu Sayyaf, an armed group formed in the early 1990s and responsible for a number of bombings and kidnappings.
Since August, nearly 10,000 soldiers in the southern Philippines have been battling the Abu Sayyaf.
Dozens of troops have been killed and more than 100 wounded in the fighting, which has also displaced thousands of villagers.
Source : News Agencies 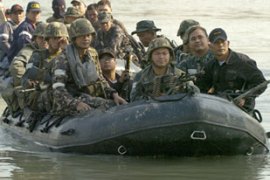 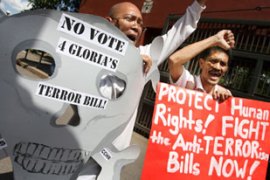 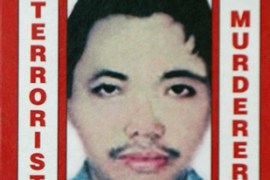 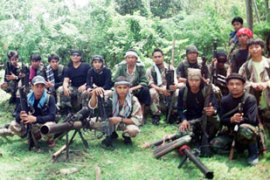