The report by the IPCC, the top world authority on climate change grouping 2,500 scientists, will guide policy in coming years on issues such as extending the UN’s Kyoto Protocol beyond 2012.

Gary Yohe, one of the report’s lead authors,

said China, Russia and Saudi Arabia had raised most objections during the night to a 21-page summary which makes clear that the poor will suffer most. Other participants also said the United States had toned down some passages.

Some scientists objected after China tried to eliminate a note saying that there was “very high confidence” that climate change was already affecting “many natural systems, on all continents and in some oceans”.

China, the second largest source of greenhouse gases after the United States and ahead of Russia, wanted no mention of the level of confidence.

Despite US and Chinese objections, delegates still managed to add a warning that some African nations might have to spend 5 to 10 per cent of gross domestic product on adapting to climate change.

Overall, the report is the bleakest UN assessment yet of the threat of climate change, predicting water shortages that could affect billions of people, extinctions of species and a rise in ocean levels that could go on for centuries.

It says human greenhouse gas emissions, mostly from burning fossil fuels, are very likely to be the main cause of warming. It also says climate change could cause a sharp fall in crop yields in Africa, a thaw of Himalayan glaciers and more heat-waves for Europe and North America.

In one section, the IPCC toned down risks of extinctions, delegates said.

“Approximately 20 to 30 per cent of plant and animal species assessed so far are likely to be at increased risk of extinction if increases in global average temperature exceed 1.5 to 2.5 degrees Celsius [2.7 to 4.5 Fahrenheit],” the text said.

A previous draft had said 20 to 30 per cent of all species would be at “high risk” of extinction with those temperature rises.

The objections sparked a protest that politicians were meddling in the scientific assessment about climate change, the delegates said.

“This is the first time that the science is being questioned by politicians,” one angry delegate was quoted as saying.

The United States, China and Saudi Arabia lodged objections to sections of text and graphics that gave high-level warnings about some of these effects.

Data on the “highway to extinction” charts showed the deteriorating conditions in much of the world, particularly in poorer countries, with every degree of warming.

One delegate told the AFP news agency that while European members of the panel sought to include stronger language and hard statistics about the dangers of global warming, the US preferred general statements instead.

“The Europeans want to send a strong signal. The US does not want as much quantification,” he said. 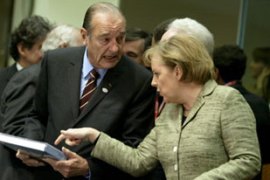 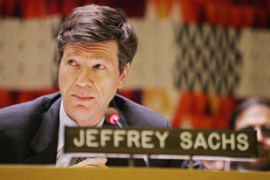 Climate change onus on China and US 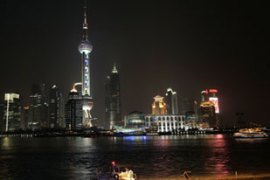 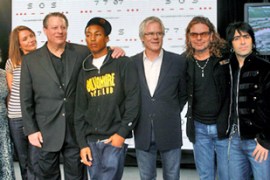 Simultaneous concerts on July 7 will aim to mobilise action against global warming.