The German parliament approved the deployment of the aircraft, accompanied by some 200 military personnel, last month.
The Tornados, equipped with special camera systems, were dispatched from Germany on Monday and will be based at a German military base outside the town of Mazar-e-Sharif in northern Afghanistan.
Germany already has some 3,000 soldiers serving in Afghanistan as part of Nato’s International Security Assistance Force,.
But some in Germany worry that the deployment of the Tornados, which was requested by Nato, will become a combat mission and suck Germany into further fighting in the country.
In Iraq, the little-known Arrows of Righteousness group posted a video on the internet showing Marianne Krause and her son, who they claim to have abducted in February. The group threatened to execute the two  if Germany did not pull its troops out of Afghanistan.
More recently, the group announced it was extending its deadline and said the hostages will be killed in 10 days if Berlin does not comply with its troop withdrawal demand.
Source: News Agencies 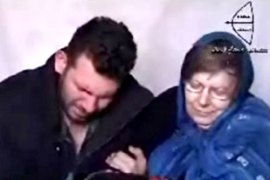