“I think we started three months or six months ago, advising them and warning them to move out of these illegal structures and to demolish them on their own, so that at least they can salvage something,” Mwale said.
Luska’s usually bustling Cha Cha Cha road will now stand empty for the first time in years, but the demolitions have angered many of the capital’s poor, who relied on the street markets for their livelihoods.
They accuse the government of taking away what little they had.
“Why should they go to the poor people only?” one street trader asked.
“Why should they get the little things that we have? They have millions, renting the big shops there. The market belongs to the poor people.”
The Zambian government says it plans to extend its clean-up operation across the country and will demolish illegal and unplanned homes.
It has already begun to destroy temporary dwellings in Lusaka’s slums.
The enforced demolitions echo a similar programme that took place in Zimbabwe under the instruction of Robert Mugabe, Zimbabwe’s president, in 2005.
‘Violation’
An estimated 700,000 people across the country lost their homes and livelihoods as the authorities evicted families and demolished slum dwellings.
Zimbabwe’s government said that all the structures destroyed in Operation Murambatsvina were “illegal”.
But the UN condemned the programme in Zimbabwe, and the UN Commission on Human Rights has said forced evictions amount to “a gross violation of human rights”.
Source : Al Jazeera, News Agencies 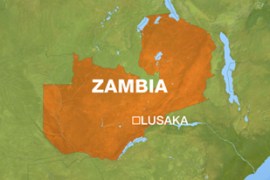 Thousands of illegal homes are to be pulled down in a government crackdown. 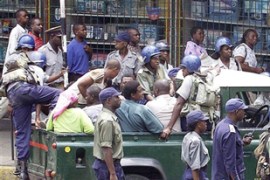 President calls on southern Africa to make a shift from “quiet diplomacy”.

A campaign which the Zimbabwe government says restores order and reduces crime, is threatening to further deepen the country’s economic and political crisis.