California-based Google began testing its television advertising system with Astound Broadband in about 25,000 households in Concord, a suburb of San Francisco, but Google has still not determined when it will begin distributing advertising to EchoStar’s Dish network.
Google’s earlier expansion into radio and print advertising has not, so far, had much financial impact – internet advertising still accounted for virtually all of Google’s $10.6bn in revenue last year.
But Google hopes that the alliance with EchoStar’s Dish network, the second-largest US satellite service and the company behind DirecTV Group, will provide Google with a better springboard
Keen to break into the roughly $60bn market for broadcast and cable TV advertising, Google hopes that the partnership will create advertising opportunities by making it easier for small businesses to buy time on TV.
Privacy concerns
Google’s automated internet advertising links specific terms entered into its search engine, or taken from the content displayed on a webpage, to choose “appropriate” advertisements.
The company’s TV advertising will be targeted more broadly, examining demographic groups, regions and programmes on one of the Dish Network’s 125 satellite channels.
Each day, Google will analyse anonymous data taken from the set-top boxes of the Dish network subscribers.
Advertisers will be billed only for the segment of the audience that watched an advertisement for a designated amount of time, although Desai declined to specify the minimum amount of time that an advertisement would need to be watched to justify a charge.
Kevin Lee, executive chairman for Did-It Search Marketing, which helps manage online advertising campaigns, said the partnership has “a much better chance of getting the market excited” than Google’s earlier forays into radio and print.
Because of strict privacy laws governing cable and satellite TV, Google will not be allowed to divine the interests of individual viewers or households, although company officials have said they eventually hope to win permission to do something along those lines.
But the privacy controls built into Google’s TV advertising system will depend on how well EchoStar shields the data collected from its set-top boxes, said Kurt Opsahl, a staff attorney for the Electronic Frontier Foundation, an online civil liberties watchdog.
“The more you aggregate the data, the less troubling [from a privacy rights perspective] it becomes”, Opsahl said.
A significant force
To become a significant force in TV advertising, Google still needs to broaden its reach by working out similar distribution arrangements with other cable and satellite providers, said Chris Geraci, US director of national TV at advertising agency OMD.
“This is a nice building block, but it’s not enough to change the landscape,” Geraci said.
Two of the largest US cable providers, Comcast Corp and Time Warner, already rely on Google for some of their online advertising revenue, but neither company has indicated whether it would be willing to entrust  cable TV advertising to Google.
Google’s off-line ambitions have concerned many in the television industry who worry that Google, which already has considerable internet clout, will be able to trample traditional media.
Those concerns intensified after Google bought online video pioneer YouTube Inc for $1.76bn late last year.
Source : News Agencies 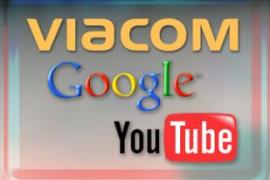 Google, the internet search engine, has signed a deal to handle search and advertising facilities for MySpace, the world’s largest social networking website.