Algeria is one of Europe’s largest oil and gas providers, but its inability to halt attacks on police and foreign workers in the country has dented confidence in the government.
Newspapers have reported the aim is to kill or arrest fighters behind the attacks, which are said to be linked to al-Qaeda.
Military operation

Diplomats say the goal of the military operation is to cut ties between Algerian groups and people among North African communities in Europe seeking to attack Western targets.

“The time for the hand of friendship policy has reached its limits. I believe there’s a shift in the government approach towards giving the fight against insurgents more muscle,” Anis Rahmani, a security analyst who edits the Ech-Chorouk daily, said.
The Salafist Group for Preaching and Combat changed its name to the al-Qaeda Organisation in the Maghreb in January.
Analysts believe it has links to the groups behind recent bombings in Tunisia and Morocco.
Algeria was plunged into violence in 1992 after the then military-backed authorities scrapped a parliamentary election that an Islamic political party was likely to win.
Up to 200,000 people have been killed in the ensuing bloodshed.
Political instability in Algeria’s Berber Kabylie region has disrupted police efforts to establish security.
Berber groups have long had a tense relationship with the authorities, protesting at what they see as discrimination by the country’s Arab majority.
Source : News Agencies 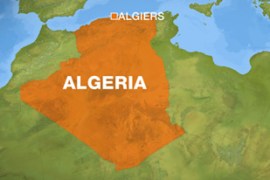 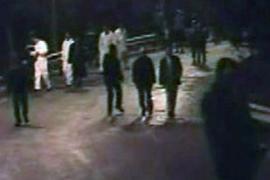 Five officers are reported dead after a checkpoint attack.