Local human-rights groups and diplomats have said that war crimes and crimes against humanity were committed during the fighting.

The Somali interim government, backed by Ethiopian forces, launched a massive operation to defeat fighters loyal to the Union of Islamic Courts at the end of March.

The UN has accused both sides in the conflict of breaking humanitarian law by indiscriminately firing on civilian areas.

Yusuf also told aid agencies his government would help them work without hindrance after complaints that officials had slowed down aid delivery by demanding to inspect food and medical supplies.

About 350,000 people have fled the city since February, more than a third of its one million population, although some began to return on Saturday.

The UN says the rate of displacement in Somalia over the past three months has been worse than Iraq in the same period.

Many fled to towns and villages around the capital, sleeping in tents and in the open.

Ethiopian and Somali government troops patrolled Mogadishu’s streets searching vehicles for weapons, following a day of calm after more than a week of heavy fighting.

Local radio stations reported on Saturday that residents of Mogadishu were collecting rotting bodies for burial.

“Unfortunately, what is left of the infrastructure and service facilities in Mogadishu is now being destroyed.

“We were promised that there will be no US-backed Ethiopian intervention assisted by collaborators, but unfortunately there is.”

Displaced residents of the Somali capital began returning to the city on Saturday, the second day of calm after more than a week of fierce battles.
Hundreds of people trooped back to inspect their houses, many of which were destroyed by heavy shelling during nine days of fighting.
“I visited my house this morning and saw Ethiopian soldiers inside. Some of them were sleeping and others sitting on my veranda,” said Muhubo Ali Diriye, a resident of Mogadishu’s northern Towfiq district.
“They allowed me to get in the rooms and check how things are,”  she said.
Sheikh Hassan Dubad, also a Towfiq resident whose house was destroyed by fire, said the fighting had been the worst he had ever seen.
He said: “The worst shelling took place in our neighbourhood and we don’t know who we can ask to give us compensation.”
Yusuf Gure Yare, another resident, said: “I saw my house for the first time in nine days, but I could not tell whether it was my house because it was demolished by artillery shells.”
Source : Al Jazeera, News Agencies 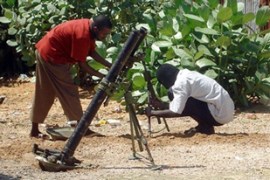 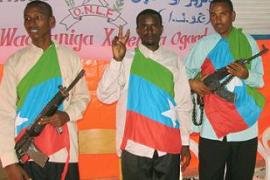 Beijing seeks release of men abducted in attack on oilfield that left 74 dead. 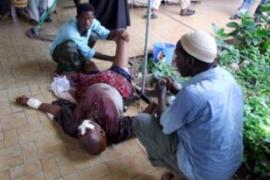