The country’s exporters, mainly miners and tobacco farmers, have protested that the skewed exchange rate has devastated their businesses.

Zimbabwe has been crippled by foreign currency and fuel shortages, unemployment of over 80 per cent and the highest rate of inflation in the world.

“Both food and non-food inflation contributed to the inflation spiral.”

Gono made his interim monetary policy statement two months ahead of schedule in an attempt to tackle the crisis, widely blamed on policies by Robert Mugabe, Zimbabwe’s president.

Since the start of this year, the government has responded to a series of strikes and political protests with a violent crackdown on political opponents.

When asked about the exchange rate, he said: “There is not going to be an exchange rate movement from 250 to the US dollar. There is no devaluation.”

The March inflation data had been due for release earlier this month, but Zimbabwe‘s state statistics agency delayed publication, saying it was still working on the figures. 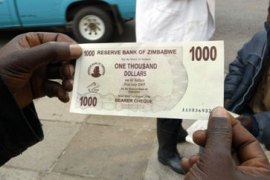 Tracking the economic problems faced by Zimbabwe’s economy in the last ten years. 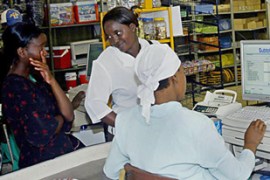 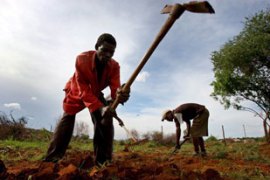 The minister of agriculture says shortages of key crops make 2007 a “drought year”.