The president said at the time that he was exercising his powers to dissolve parliament and call an early vote because, he alleged, his opponents were shoring up their majority in the chamber by bribing politicians to defect to them.

Viktor Yanukovych, the prime minister, and his government have refused to obey the decree and have blocked funds from the central election commission while they await a decision on the order from the 18-judge court.

“Ukraine needs change,” Yushchenko said in an address to the nation.

“The Ukrainian people deserve to have … better politics.”

He said it was necessary to postpone the election date to resolve the problems with funding and ensure adequate time for preparation.

Yanukovych is pinning his hopes on the constitutional court declaring the president’s decree unconstitutional.

The court concluded the open session of its hearings on Wednesday.

The judges, who will now meet in closed session, have until May 5 to announce their decision, the court’s press service said.

Both Yushchenko and Yanukovych have pledged to follow the court’s ruling, but the president’s parliamentary allies have expressed doubt over whether the court marred by allegations of corruption could issue a just verdict. 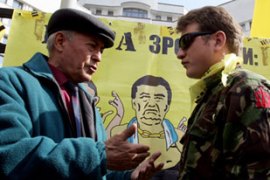 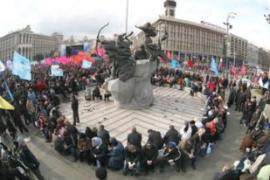 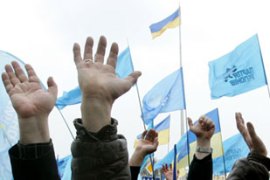 Rival protesters take to the streets of Kiev after president calls early elections. 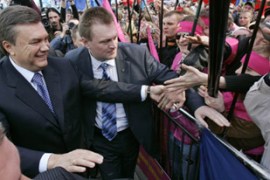 PM refuses to dissolve parliament as his supporters protest against the president.