According to reports, the districts of Amiriya, Khadra, and East and West Rashid will be included in the controversial scheme.

Lieutenant-Colonel Scott Bleichwehl, a US military spokesman, said: “We are not sealing-off neighbourhoods, we are controlling access to them. It’s a tactic, it’s not a change in strategy to divide Baghdad along sectarian lines.”

The wall around Adhamiyah, up to 12 feet (3.5 metres) high along some sections, is designed to prevent Shia death squads from launching attacks to drive out Sunnis, and to prevent Sunni fighters from using the pocket as a base for raids and bombing runs into Shia areas, the US military says.

Traffic control points manned by Iraqi soldiers would be the only way in and out of the walled-in districts once the barriers are completed.

In a city once known across the region as a beacon for multicultural harmony, there is anger among residents that districts are being separated along sectarian lines.

Adnan Shuhab, a resident of the Iraqi capital, said: “We heard the building of such concrete walls was only between Israel and the Palestinians.

“Firstly, they want to separate us and put sectarianism in our minds. Secondly, we are Iraqis and we have been unified for thousands of years.”

Baghdad is already largely divided along sectarian lines, with Sunnis mainly living on the west side of the Tigris River and Shias on the east.

Amer Najim, another Baghdad resident, claimed the intention behind the walls was to isolate Iraqis.

US and Iraqi forces have long erected concrete barriers around marketplaces, military bases and outposts in Baghdad as well as in Ramadi and other Iraqi cities in an effort to prevent attacks.

Defending the scheme, Lieutenant-General Abboud Qanbar, an Iraqi commander, said on Iraqiya state television: “The barriers can be modified or removed at any time … the purpose of these barriers is to provide security.”

Community leaders said on Saturday that construction in Adhamiyah began before they had approved the American proposal for the wall, known jokingly among US troops as the “Great Wall of Adhamiyah”.

Dawood al-Azami, the acting head of the Adhamiyah council, said: “A few days ago, we met with the US army unit in charge of Adhamiyah and it asked us as a local council to sign a document to build a wall to reduce killing and attacks against Iraqi and US forces.

“I told the soldiers that I would not sign it unless I could talk to residents first. We told residents at Friday prayers, but our local council hasn’t signed onto the project yet, and construction is already under way.” 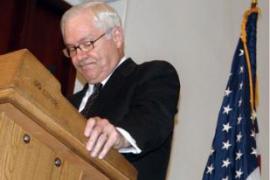 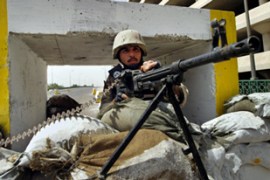 More violence is reported even as US soldiers build wall to protect Sunni enclave. 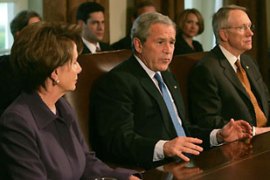 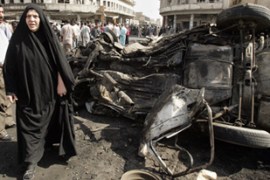 US officials blame al-Qaeda for the worst single attack in the capital since US invasion.